0 kitchens 8:00 PM
A+ A-
Print Email
When you define mid century kitchen design, you're talking about the eras between the late 1930s through the early 1960s. The kitchen in particular was no longer a small place in the home just for cooking but the kitchen became enlarged so that you not only cooked in this space but you also ate and did laundry there. The kitchen became an all purpose room where the family gathered most of the time. These days most families live busier lives so they do not gather in the kitchen for dinner as was the case in the mid century era but you can design your kitchen mid century style for nostalgia purposes. 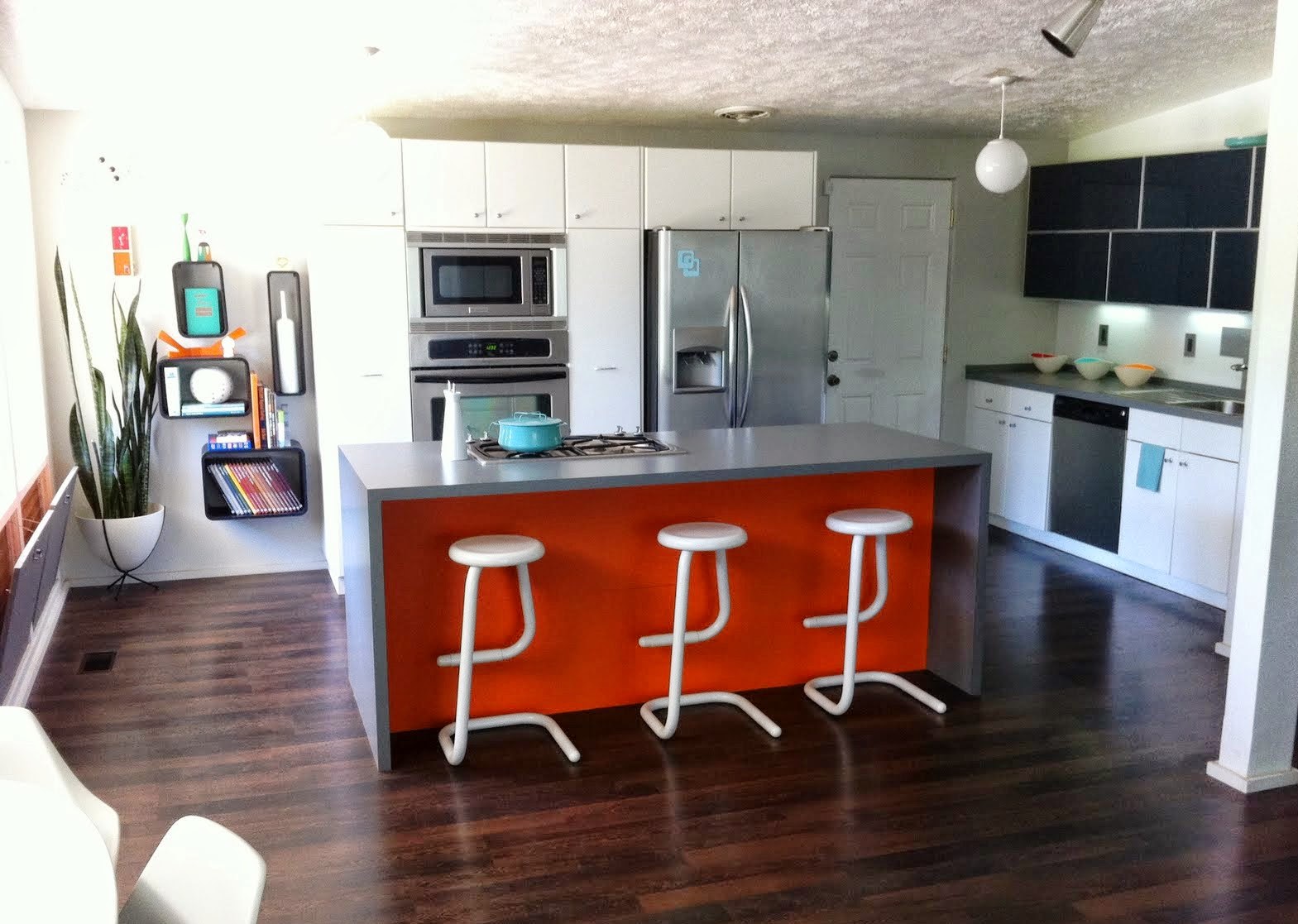 For a traditional mid century kitchen you want to paint the wall in bold colors since these were popular during that time. Choose colors red, turquoise, pastel pink, powder blue, gold, light gray or copper tones. When you paint always use a primer on the wall to prevent bleeding of the main color through the wall and to create a defined and clean look. Taupe, green and antique white are also good colors for a mid century kitchen wall.

Place A Dinette Set in Kitchen

The dinette set was in most kitchens during the 1950s and this set included a kitchen table where the top of the table was made of Formica material, which was available in diverse colors. The legs of the table were made of chrome or copper and there were vinyl cushion chairs to match the table.

These were common in the mid century kitchen and they had a futuristic element to it. Decorate the laminated countertop with fabric pieces that have beaded designs on them since they add a little pizzazz to the countertops.

These floors were popular in mid century kitchens and if you're replicating a mid century kitchen, you want to install a black and white checkerboard floor in it. This flooring has a nice retro look to it and it is easy to maintain.

Visit some local thrift stores and furniture stores to purchase retro small appliances since these were seen in many mid century kitchens. Look for small appliances in colors such as red, blue, light yellow, green or pink. Get a chrome toaster and electric frying pan since appliances for convenient eating were the norm for mid century families.

Don't use dark colored wallpaper for the mid century kitchen but instead use light colored wallpaper since it best matches the bright and sunny theme for this kind of kitchen. Use wallpaper with quirky designs or floral patterns to add a decorative touch to the kitchen.

Mid century design was fun, efficient and a reflection of the nation's changing times beginning with World War II and leading into the beginning of a time of prosperity through the 50s and 60s. Mid century design paved the way for the functional homes that we see today.
sent by samir
Share to: